Arcisolidarietà was founded in Rovigo, Italy in 2000, out of the need to coordinate the activities of different individuals, spontanuously emerged groups, associations and organisations who promote initiatives and common projects to spread and promote the idea of solidarity, especially regarding immigrants, refugees, asylum seekers, war and conflict victims and all those whos civil and human rights are being violated.

Until this day the association has commited itself to:

*promote initiatives of sensitization, in collaboration with other associations, about oppressed people and denied rights. Participation at the Comunal and Provincial Counsils on themes like peace, human rights, immigration and homelessness.

*train volunteers and employees on the themes of interculturality, education of solidarity and peace, anti- discrimination and the legal protection of human rights.

– direct management of the homeless shelter Arcobaleno in Rovigo (since February 2003) and the activation of support and integration services for the hosted guests. Currently the homeless shelter can host up to seven men and two women. It is a structure of for emergency housing (first reception) for people without a home, in expectation of another arrangement.
– management of the residential housing structures (second reception) in Rovigo :

LA CASA DELLA PACE can host 4 single men for periods up to 6 months. The structure opened in 2007.

LA COCCINELLA can host 4 single women with or without children for periods up to 6 to 8 months.

LA ROSA DEI VENTI is a collective reception structure for families. The two houses were made available in december 2010 for housing emergencies (evictions, overcrowding of families without home)

On the whole,more than 1000 people have been hosted in these structures .

– The training and work placement/integration project: Laboratory “The FORMICHINA”, born in September 2011 in collaboration with FIAB, that carries out different activities like ironing, sewing and the reparation of bicycles

Since 2011, when there was a great influx of refugees from North Africa, Arcisolidarietà hosted 26 asylum seekers in its reception structures, in agreement with the emplementing authority of Veneto, under signalisation of the ‘Prefettura’ of Rovigo.

The association doesn’t have perminantly hired staff, and occasionaly employes (educators, cultural mediators) for specific purposes, depending on the financed projects. Arcisolidarietà primarily uses his own volunteers and those of other partner associations, and furthermore colaborates with employers of the social public services (Comune, Province, ULSS).

The Association carries out his activities in collaboration with :

Arcisolidarietà is inlisted in the Regional register of voluntary associations, provided by L.R.40/93.

The association started a collaboration with Ser.T of ALS 18 of Rovigo to promote integrated interventions for homeless people with substance abuse problems

In 2010 the organization received the label MERITA FIDUCIA.

In 2012 Arcisolidarietà got the accreditation from the National Agency of Italy as a Host organisation for young people as part of the European Voluntary Service. 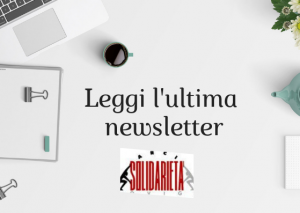 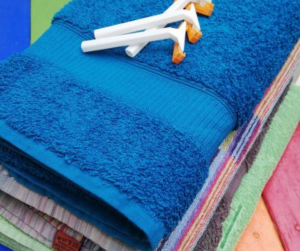 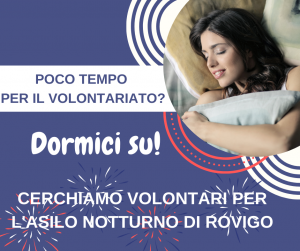